Skip to Content
Home Guest Post 6 Weird Asian Food & Why You Should Try Them in Your Breakfast ?
by 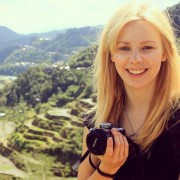 It could be argued that Asia is home to the most refined cooking in the world, and with such an eclectic kitchen, you wouldn’t like to bet against it. But mixed in with the traditional and well-known favorites, this part of the world also has its fair share of excellent and weird Asian Food when it comes to pleasing the palette.

Globetrotting duo Agness and Cez from eTramping have much experience living in and traveling in Asia.

Breakfast is the most important meal of the day; let them show you some of the strangest bites you can try the first thing in the morning.

From the delicious grills of Turkey and Iran to the mouth-watering spices of India. With the fresh seafood of Japan and Vietnam, the melting pot of Malaysia, the popularity of China, and everything in between, you can find something to suit everyone’s taste buds.

Real foodies will find it almost impossible to settle on a favorite.

List of 6 Weird Asian Food to Try in Your Breakfast

Like many famous cuisines from around the world, the breakfast dishes are rarely the first thing you think of, and China is no exception.

That’s because they’re not exactly famous for it! Would you ever consider eating dumplings first thing in the morning?! Baozi is a steamed bun filled with meat (usual pork) and vegetables that you’ll see the Chinese devouring early doors.

Baozi is an unusual Chinese food & the first on our list of weird Asian Food.

And how about the very unappealingly named “bean juice” to wash it down? Like soy milk, it’s been made from mungo beans and served hot. Mmmm…delicious…?!

Why you should try it – It’ll certainly keep your hunger at bay and comes with various fillings. Bean juice is very healthy too.

The Thai’s are world-famous for their lunch and dinner dishes, with the likes of Thai green or red curries, and Pad Thai is among the most popular and beloved eats in this country.

But why is it on the weird Asian Food in the Asia list? You might be surprised (and overjoyed – depending on how much you love Thai Food) to learn that breakfast doesn’t differ significantly from the rest of the day.

Arguably the most common purely breakfast Food is a rice congee called chok mu sap. It’s like a porridge-style rice dish with pork and maybe a raw egg. It’s as close to a bowl of cereal as you’ll find in these parts!

Why you should try it – It’s usually offered with loads of extras like shredded pork, spring onions, garlic, ginger…you name it! Variety is the spice of life!

Japan is the home of the finest sushi on the planet and as well as having a fantastic selection of delicious and healthy cuisine.

It’s little wonder that the oldest living person in the world is regularly Japanese. And not only is the lunch and dinner menu incredibly good for you but their breakfast plates are also stacked with vitamins and minerals. But, of course, that doesn’t mean you’ll want to eat it!

Natto is a traditional Japanese food regularly consumed in the morning, but it won’t sound at all appealing to anyone who isn’t from there.

It’s fermented soybeans on rice, and although it’s meant to be healthy, it stinks to high heaven with a slimy consistency. So I think we’ll stick to a Japanese omelet, thanks.

Why you should try it – You’ll undoubtedly obtain a badge of honor if you can get past the stench.

More and more visitors are discovering why Iran is one of the finest countries to visit, with stunning architecture, beautiful nature, and countryside while boasting famed hospitality. But they also offer some of the most delicious cuisines you’re ever likely to taste.

Nobody makes bread better than the Iranians, and while a traditional loaf served with cheese and sweet tea might not be the weird Asian Food to most people, Kalleh Pacheh almost certainly will be.

Boiled sheep or cows’ hooves and head, maybe with a dash of lime. It’s a far cry from a bacon and egg McMuffin, that’s for sure.

Also Read, How Traveling Can Change How You See the World

Why you should try it – It’ll get you out of bed in the morning. They start preparing it at 3 am, and you won’t find it after 9.

This central Asian country has been steadily attracting a cult following recently. Largely thanks to its unspoiled outdoor scene, including some world-class hiking, climbing, and biking.

Food-wise, the country isn’t ever going to threaten eastern cuisine, generally being plain fare that’s heavy on the carbs. You’ll be lucky to find a vegetarian option that isn’t just tomato and lettuce.

Horses are idolized here, and it seems no part of them goes to waste. Kumis is the national drink, famous throughout the day but very much enjoyed first thing in the morning.

It’s fermented mare’s milk – and is an acquired taste. The Kyrgyz swear by it, though – claiming it can cure whatever ails you. Perhaps not if it makes you sick in the first place.

Why you should try it – They say you’ve never been to Kyrgyzstan until you’ve stayed in a yurt, ridden a horse, and drank Kumis. Good luck to you and your stomach.

Also Read, 7 Common Mistakes Travelers Make and How to Correct Them.

In a country that is often shamefully overlooked in favor of Thailand, Vietnam more than holds its own when it comes to Southeast Asian cooking. The sights, smell and tastes you’ll enjoy here put it firmly on the world’s culinary map. It has a beautiful variety So ifo. If you don’t like the look of this weird Asian Food (and you won’t), you can always find something to taste.

Perhaps more than most, the Vietnamese are really “out there” regarding different types of breakfast. Pho is the most popular and well-known breakfast (a noodle soup), but as far as the weird Asian Food goes, you’ll have to travel a long way to beat balut. It’s a developing bird embryo boiled and consumed from the shell. So I think we’ll give it a pass.

Why you should try it – Perhaps you shouldn’t. It’s frowned upon in many circles, not most minor animal welfare and human health.

Until we meet next time, maybe on the roads.

When best friends Agness and Cez are not devouring their favorite Portuguese deserts, exploring East Asia, or on the hunt for their next adventure, they’re to be found busily writing their travel blog eTramping. The Polish pair has been bringing the world excellent travel advice since 2011, when they decided to flee the daily grind and explore the planet. So follow them on Instagram, Facebook, and Pinterest to find out what they might be eating next!

Leave a Comment to further Improve and Motivate Cancel reply

This site uses Akismet to reduce spam. Learn how your comment data is processed.